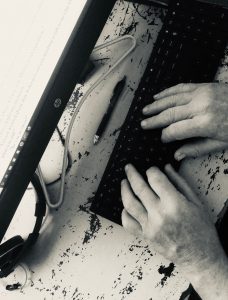 Today is July 18, 2020. Next Thursday, July 23, 2020, I am going to do a personal writing marathon. As soon as I am up and caffeinated I will start writing and keep at it as long as possible, taking only necessary breaks. I’ll make entries on this blog throughout the marathon. I will also post on my Facebook writer’s page at www.facebook.com/writerriherd. I will Tweet @riherdcreates. I will do some Instagram where I am writerriherd. I’ve created a hashtag: #writetillidrop. Other writers may join me. So far, a couple of other mystery writers have said they’re in. If they are out there writing next Thursday I’ll introduce you to them here.

I want to see how much I can write in one marathon session. Hopefully, it will inspire me to write much more going forward. Other than to update the above mentioned social media sites I will not be caught in the time suck of Facebook or random scrolling through Twitter or Instagram.

If I can figure out how I want to do it between now and Thursday. I may do some live video. For those not blessed or cursed with the urge to write fiction, that will be an opportunity to see just how boring and lonely a task it is.

I have several projects going, but that day will be nothing but working on Peak Performance, my current Samuel Lock novel in progress. You can go read a draft of the first chapter of that book on here under the Main Menu item “Books” (Or by clicking here.) While you’re there order the other two. I’ll be glad you did. You might be glad.

So, check back in next Thursday. Knowing you’re there makes writing easier. 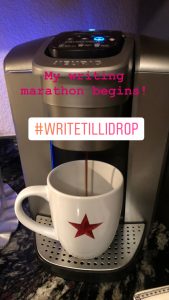 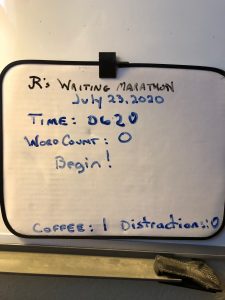 The current work in progress has been a challenge. I have completely changed the second half twice and am changing it again to make it work for me. The first change resulted in me realizing that what I originally called part two of this novel will work better as the plot of a future Samuel Locke adventure.

Because I am writing from the seat of my pants today during this writing marathon, my word count will be lower than might otherwise be expected.

At this moment, twenty-five minutes into the official marathon time, I’ve written what you see here, which doesn’t count. Answered one personal email that just showed up. Made one cup of Maxwell House Max coffee (1.75 times the caffeine) and started my Some Of The Best Songs In The World playlist on Spotify (available for sharing and suggestions). Currently listening to Whole Lotta Love by Led Zeppelin (one of the best rock and roll love songs and the only one I know of where the singer wants to be her backdoor lover).

My mood today is affected today by not only the ongoing pandemic and social isolation stress but mostly by the death yesterday of friend from high school from Covid-19 and the discomforting knowledge that other friends and members of the family of friends have been diagnosed positive (RIP Nicole Roberts Bailon). I will avoid Facebook today, other than my writer’s page (viewable here), first because it is a time-suck and, secondly, to keep down the anger from people cavalierly dismissing the responsibility to wear masks in public out of either ignorance or some misplaced idea the doing so subjects them to the risk of oppression. I do not need to shift this mood into anger and disappointment.

So, here I go—into the world of Samuel Locke and his friends, another new romantic interest, and a twenty-year-old death that may or may not be murder (I’m betting that it was murder).

(Grrrr…and for some reason my internet is super slow. That messes me up with all the cloud-based resources I use—everything from Word to my notes and outlines in OneNote and my ability to update this blog.)

Okay. Here’s an update for you: My computer, although showing fully signed in to my WiFi and allowing internet access here and there, keeps reporting I need internet access to do this or that. The printer is also saying it can’t find the internet. It’s taken me over an hour and a half to trouble shoot, I think I have it and I’m about to reboot to cure the situation. But that means an hour and a half in and my word count is zero for the marathon.

And when frustrated and trying to focus on the computer issue, the music distracts. It’s turned off.

So, contrary to the white board pictured above, it is now 0805 and I’m going to start writing right after a reboot.

Good news: The computer and internet are working just find. 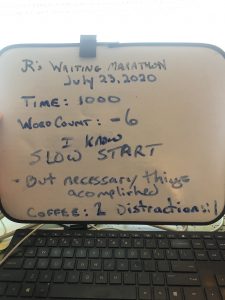 I mentioned I was starting fresh on the section I’m working on and that a lower than usual word count could be expected. I spent some time reviewing notes and making some notes. I have a better sense of direction now but I’m going to spend some time outlining as much of the remaining book as I can. I’ll write some more where I am sequentially but at some point today, I will do what I do and jump ahead and write some pivotal scenes. That is how I maintain direction in the book without a formal outline. (Pause: One good thing about doing this update and planning on upgrading my white board record keeper as to coffee consumed, I remembered I had a cup of coffee on the coffee maker. If I were tracking other beverages formally, it would note one glass of Coca Cola-Spilled on Worktable. If my lovely bride sees this, don’t worry, the side worktable not the desk. Cleaned up. Nothing hit the floor. No electronics harmed. It was the dog’s fault.)

As noted in the above pic, my official writing marathon word count is a negative 6. But everything I’ve been doing is also writing.

Oh, and the number of distractions should be two. In addition to spilling the Coca Cola, I had a discussion with Sears because for two weeks I’ve been getting notices about my item being shipped. I haven’t ordered anything. At first, I deleted everything because I thought it was a phishing scam. Then I got phone calls. Finally, I double checked a link and confirmed it was really Sears so I followed it and found the address of whoever ordered something. They must have put in the wrong phone number. I called Sears two days ago but didn’t want to sit on hold. But this morning I got a series of text messages and three auto calls, so I called them determined to wait. It didn’t take long, and I explained to the guy what was going on. After listening to him confirm my phone number and assuring him that yes, the address he had was not me and no I didn’t know them and yes I was sure, he said he’d pass the info along and maybe somebody could reach them. If it keeps happening, I might take deliver if the item isn’t huge and drive it to the folks myself. The link would let me change the delivery address. 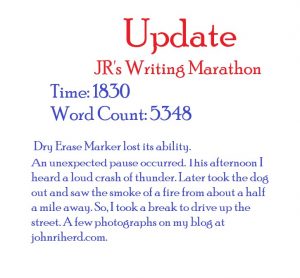 Much better progress. I’d have done more except for a lightening strike about a half a mile from my house that started a brush fire.

I drove up the street to watch the aerial fire fighting attack and to get some photos.

All is good. It looked well contained just before I left and it has since started raining. That will help. 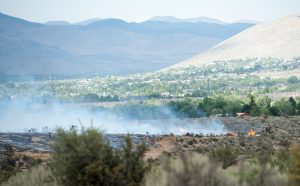 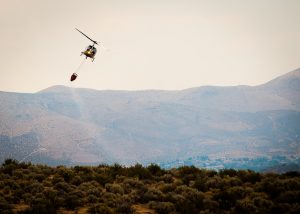 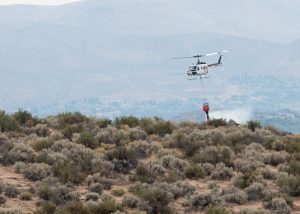 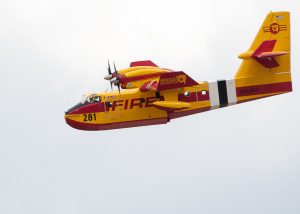 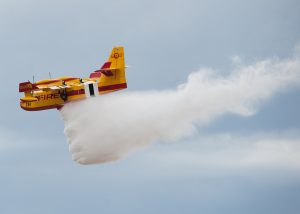 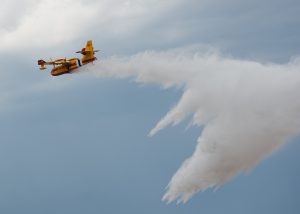 Now. Something to eat. And some exercise. And then back to it.